At a recent conference in Dallas, the FBI warned universities in Texas to be on the alert for intellectual property (IP) theft by the Chinese government. At several different universities, incidents of theft or attempted theft have been reported.

Sensitive Information Is Always a Target

Universities large and small, with their archives of intellectual property, and scientific, cutting-edge research, need to be wary of the web and protect the valuable IP they create.

Like hospitals, the data at universities can include many types of sensitive information. The chance to access medical research, technological data, or cybersecurity information is a lure for thieves for espionage or personal financial gain.

The Threat of Espionage

Matthew DeSarno, a 25-year veteran of the Dallas FBI, makes it clear that the culprit is the Chinese communist government, not Chinese people. He asserts that the Chinese government has an ongoing, overt effort to surpass the United States as a global superpower and that stealing information or research is part of their plan to achieve that goal.

At the University of North Texas, 15 visiting Chinese scholars were suspended when it became clear that they were expected to send all of their research back to Beijing. The scholars were funded by the Chinese Scholarship Council, a non-profit organization and arm of the Chinese Ministry of Education.

A few years ago, at the MD Anderson Cancer Center in Houston, three scientists were fired after NIH flagged them for their connection to the Chinese government and their efforts to steal research from the cancer center. Areas of concern about the three scientists included the diversion of intellectual property, sharing of confidential information on grant applications, and failure to disclose substantial resources from outside organizations.

Security Has Not Been Tight

Dr. Tedd Mitchell, Chancellor of the Texas Tech University System, acknowledges that the universities are a target, and that until recently they have been fairly unaware of this type of threat. Consequently, they have not been as aggressive about background checks as they should be.

Scholars that visit the university for a short time –  less than six months – were not being checked, yet they were embedded in the university, ostensibly giving them access to sensitive information. Some visiting professors would come and go in as little as one or two weeks. The amount of exposure that could create is significant.

The Laws Do Not Protect the Universities’ IP

Despite the warning from the FBI and the clear potential for IP loss, state law has not made any changes to protect the security of universities’ interests. As part of new efforts to guard their information, the university system is now requiring professors to sign conflict of interest statements to ensure they’re only working for their university. It is unclear how effective a deterrent that will be. If someone is willing to steal outright, would they balk at lying on a conflict of interest statement?

The threat is clear and so, too, is the reality that the state legislature doesn’t have much in place to prevent it. Protecting IP is essentially up to each individual organization.

iThreat’s SignalAlert is a powerful tool that can help organizations keep a constant eye on threats to their brand. Our sophisticated business intelligence system was built to monitor the web in real time, watching for signals that malicious characters may be attempting to exploit your IP.

From eCommerce platforms to dark web forums, chat boards, and social media marketplaces, SignalAlert is out there 24/7, gathering valuable data. Using this information, we can build profiles of the threats you face and assist in the investigation and take-down process.

iThreat understands how vulnerable your information can be. Protect it with SignalAlert.

Enter your email below to stay up-to-date on the latest threat intelligence news and resources. 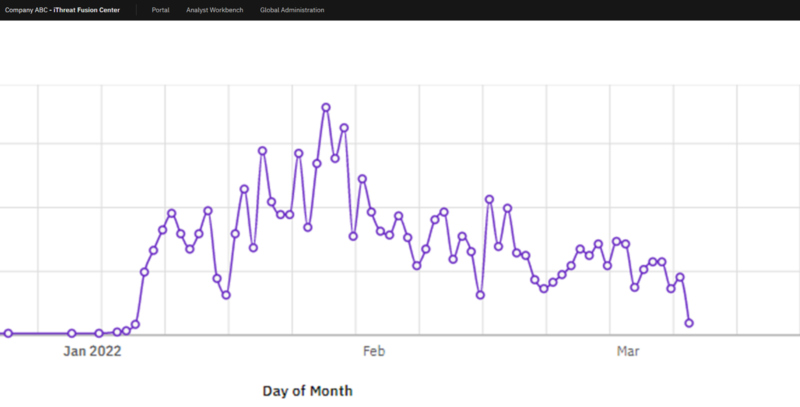 Founded in 1997, iThreat has assisted hundreds of clients with thousands of internet monitoring and investigations, including multiple successful multinational law enforcement operations.

Enter your email below to stay up-to-date on the latest threat intelligence news and resources.
x